This is pretty old-school, but I moved away from hosting WP on an AWS instance to Blogger. Mainly due to cost reasons ("free tier" isn't exactly free), and partially because I moved domain hosting to Google (away from godaddy) and Blogger can use your hosted domain and provides free SSL certs  uses Let's Encrypt SSL certs with SSL auto-renew stuff. Holla.
Posted by Brian Dean at 9:45 AM No comments:

"If you wish to make an apple pie from scratch, you must first invent the universe" - Carl Sagan (link)

It's one of my favorite quotes to ponder, even though Sagan did not believe in God, I think such a simple idea to think of what is
Posted by Brian Dean at 8:12 AM 1 comment: 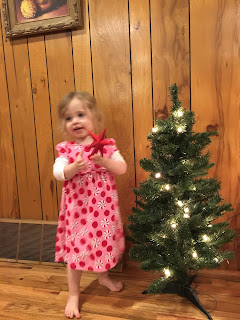 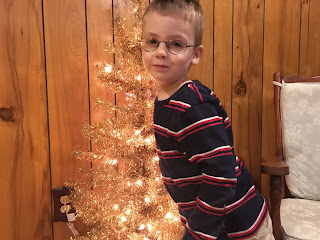 Email ThisBlogThis!Share to TwitterShare to FacebookShare to Pinterest
Labels: Pictures

I opened my blog
today and was aghast at the site of advertisements strung all about my posts!! I couldn't stand for this so I've moved my site to AWS using a "free tier" micro instance. So now the ads are gone for whoever may stumble across this page.

When I was around 13 or so the original Star Craft was released. It was the first RTS I've ever played, and went to become about the only one I'd ever play. While I played WC3 when it was released with friends, I never really excelled at it...mostly because I didn't like fooling with grinding heroes to win...and because I didn't have the patience for that.

Star Craft is another matter though. The game is a pure struggle between economics and battle tactics...and clicking. Lots and lots of clicking. Clicking all over the place. Clicking (in some cases) many hundred times a minute. This is where I struggle. Enter another area where I lack patience and concentration. How am I supposed to click on all of these units, tell them where to go, what to do, and keep up with it my economy all the while trying to form some kind of strategy of attack (or in most cases defense) against the opponent. I played the original SC enough to beat the computer opponents 70%-80% of the time. But playing online, especially in SC2....most especially 4 years after it release...it's impossible as a newb. The barrier to success is too much. I have so far played 15 games online, and I have won...1. Newb in the purest sense.

The first teaser for The Force Awakens (tFA, FA?) has been released. No elements of the plot-line have been revealed but I will share with you my prediction here with you now..

Darth Sidious will reappear. His spirit was not killed and has been regaining strength enough to form into a physical being since the end of RotJ. All in the woods of some frozen planet....Hoth? Most likely....because it's Star Wars.

People, let us connect the dots together by considering what we know....with wild conjecture.

2. The title "The Force Awakens" clearly has a coming-to-life, revitalization meaning. If it's "awakening" now, then it must have previously been in some kind of dormant state, which would obviously suggest that what the title is referring to has existed before. Sidious.

3. Sidious has already suggested he has the power to bring people back from the dead. Albeit one might have considered it a ploy to seduce Anakin to the DS, I don't think he would have made it an obvious point to suggest it if he hadn't already come to the idea that one could actually do it. It's possible that his spirit was able to seduce some still-alive figure who had a  high midichlorian count and somehow taught that person the way to bring him back to life.

4.  In the trailer, the narrator's voice is obviously quite sinister, and our storm trooper (clone? no) appears to have just awoken from some kind of night terror (sweaty and what not). Out in the middle of no where by himself? Crash landed...or fell off a ship. By himself, unconscious for some time, he was contacted by Sidious during slumber. Perhaps he's the friend who will help Sidious regain physical form?

5. Disney doesn't own the film rights to LoTR. And by golly Disney is going to have itself a back-from-the-dead epic.

Posted by Brian Dean at 8:22 AM No comments:

I recently reminisced on my inroad into cycling. Here are some recollections and thoughts on the matter.

As a virgin to cycling, I had no idea what level of fitness would be required to ride decently, especially around veterans of the sport. I thought after "some time" spent on the bicycle I would, seemingly magically, gain the results required to ride with any club group and dare I say, be able to race at an amateur level. After getting acclimated to some unfamiliar details of riding the road (clipless pedals, overcoming traffic fears), any aspiring mid-20s alpha-male in decent shape (by a commoner's standards) should be able to pick up the sport quickly and efficiently, and find himself comfortable riding among any others on the road. One quickly realizes the first step to improvement is realizing the falsehoods of one's unfounded presumptions steeped in ignorance generated by the sense of personal pride our 21st century first-world culture instills in us all. You can have anything and everything you want easily and without tons of effort if you just ask for it...except cycling.

It was the first couple of times out. I had in my mind to go out and "hammer" (unknown term at the time, but it was the same mental process)...5 or 10 miles. Having no idea what I was doing, I picked an arbitrary rails-to-trails path that was a few miles from my house. Of course the idea of riding in traffic was great and terrible. I drove to the start of the trail (which was less than a few miles from the house) and began a 20 minutes process of unloading, "checking everything", and warm up in the parking lot. I then set off and proceeded to ride. I don't really remember much about the first ride other than I thought I'd went a decent distance and felt rather proud of my self.

My experience on the bike grew very slowly. At the time I had no one to guide me or tell me what was "normal". I slowly started riding with traffic on the side roads around town, but never ventured outside of a 10 mile radius of my house. Riding out of town towards the country was way too dangerous, for sure.

Then I found out that a group of people gathered together on Saturday mornings for a "group ride" a few miles from my house. I thought for sure these were seasoned veterans who raced and would have no interest in allowing a noob like me to tag along. Eventually though, I got over my fear and rode up to the group as they started to gather. Fortunately for me, this turned out to be a casual ride that always re-grouped at certain check points. Everyone was extremely friendly and was glad to have another rider join the group, even a noob.

The pace was tough for me. I think it was in the 16mph range over a planned route of about 25 miles, but it was a lot faster and longer than I had been riding on my own up to that point. There again, I had not known what a "normal" pace would have been. I was heaving trying to suck in enough air to keep up while people were trying to make conversation - slightly embarassing. All I could do was nod or give short spurts of sentences while trying to maintain control enough not to run into the person riding very closely beside and in front of me. Very nerve racking indeed.

Luckily I managed to survive the first outing with the group, and my confidence and interest in cycling had a huge boost. I felt that I had joined "the club" and was on my way to becoming a part of the elite group who rode bicycles for the sake of progressing the community of the group and furthering a timeless tradition of riding the road. We record these milestones in our cycling lives as major life-changing events as we continue to invest our lives in The Work..
Posted by Brian Dean at 1:25 PM 1 comment: